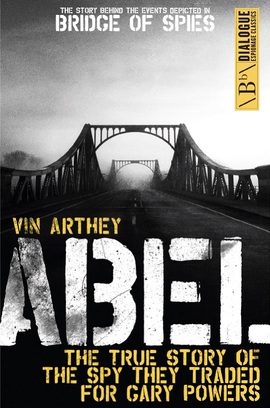 The true story behind the events depicted in Steven Spielberg’s blockbuster Bridge of Spies.

On 10 February 1962, Gary Powers, the American pilot whose U2 spy plane was shot down in Soviet airspace, was released by his captors in exchange for one Colonel Rudolf Abel, aka Vilyam Fisher – one of the most extraordinary characters in the history of the Cold War.

Born plain William Fisher at 140 Clara Street, Newcastle upon Tyne, this bona fide British grammar schoolboy was the child of revolutionary parents who had fled tsarist oppression in Russia. Retracing their steps, their son returned to his spiritual homeland, the newly formed Soviet Union, aged just eighteen. Willie became Vilyam and, narrowly escaping Stalin’s purges, embarked on a mission to New York, where he ran the network that stole America’s atomic secrets.

In 1957, Willie’s luck ran out and he was arrested and sentenced to thirty years in prison. Five years later, the USSR’s regard for his talents was proven when they insisted on swapping him for the stricken Powers. Tracing Willie’s tale from the most unlikely of beginnings in Newcastle, to Moscow, the streets of New York and back again, Abel is a singular and absorbing true story of Cold War espionage to rival anything in fiction.