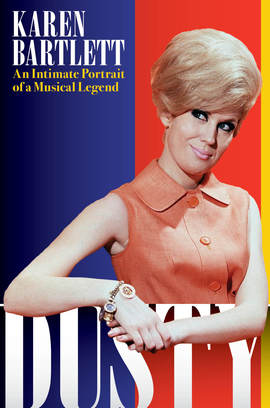 Dusty An Intimate Portrait of a Musical Legend

Known the world over for her unique musical style, distinctive look and a voice that propelled her into the charts time and time again, Dusty Springfield was undoubtedly one of the biggest and brightest musical stars of the twentieth century.

Never one to be shy of the spotlight, Dusty broke the mould as the first female entertainer to publicly admit she was bisexual, and was famously deported from South Africa for refusing to play to segregated audiences during apartheid in 1964, just a year after the launch of her solo career.

Named one of the Sunday Times’s best musical biographies of 2014, this is the intimate portrait of an immensely complicated and talented woman – the definitive account of one of music’s most legendary figures.

4/5: Karen Bartlett’s biography sends you back to the music – to the extraordinary, dusky vulnerability of her voice. I’m re-touched every time I hear it.

This is fertile rock biog territory and Bartlett spins the tale adroitly, never surrendering to the impulse to sensationalise... the author’s chief concern is to locate the shy frightened woman behind the iconic exterior.

[This book] is rich with information on some of her most significant personal relationships... paint[s] a vivid portrait of a tortured soul.

Out in the City

A definitive biography of the singer

A well-researched and revealing biography … Those last few years, however, make for a heartbreaking read, but [are] handled sympathetically and without sensationalism.

It’s an incredibly sad story but Bartlett gets the balance right, celebrating a talent with few equals, while never shying away from the pain involved.

Dusty is a fascinating read, desperately sad and painful though it is to discover its heroine’s Californian dark night of the soul.