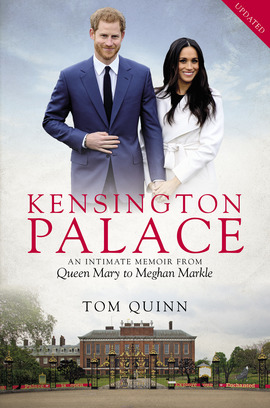 For more than 300 years, Kensington Palace has played host to a colourful cast of kings, queens and assorted aristocratic hangers-on. A stone’s throw from the bustling streets of central London, this grand building has served as the stage for some of the most dramatic and bizarre events in the history of the royal family.

It was here that the young Queen Victoria was held a virtual prisoner for eighteen years; and it was here that George II installed both his wife and his mistress, giving the latter rooms so damp that there were said to be mushrooms growing on the walls. More recently, the palace has witnessed an extraordinary series of scandals, from Princess Diana’s bombshell TV interview with a journalist smuggled into the palace disguised as a salesman, to Prince Harry and Meghan Markle’s shock departure – first for Frogmore Cottage, and then for America – amid rumours of a rift with William and Kate.

With exclusive interviews with palace staff past and present, fascinating historical details and a fully updated postscript considering what life after Kensington holds for Harry and Meghan, Kensington Palace: An Intimate Memoir from Queen Mary to Meghan Markle offers a rare behind-the-scenes insight into one of Britain’s most iconic residences.

"A prolific writer of books that explore England’s history, he uses his expertise to flesh out and bring context to some of the more recent controversies to emerge out of the palace."

“A sparkling account of the often very unregal goings-on at the palace. Richly laced with insider gossip, this is behind-the-scenes royal history at its most entertaining.”

The Last Queen
Scandals of the Royal Palaces
... And What Do You Do?
Royalty Revealed