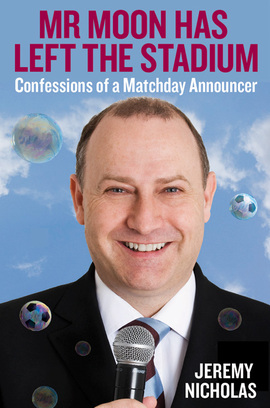 Mr Moon Has Left the Stadium

This book will appeal to all lovers of the beautiful game, who believe in sportsmanship, entertainment and doing things right. It is the story of a lifelong football fan, who landed his dream job when he was asked to become his team s stadium announcer. Broadcaster Jeremy Nicholas turned down the job initially as he didn t want to give up his season ticket and his right to shout at the players, but after dreaming about it three nights in a row, he agreed. When he was sacked after ten years in the job at West Ham, he felt like he d been chucked by a girlfriend he d loved all his life. This is an insider s view of a club that s never far from the headlines, despite not buying any silver polish since 1980. You don t have to be a comedian to be a West Ham fan, but it helps. Humour has never been far away in his career as a TV and radio presenter and after-dinner speaker, and Jeremy s book is crammed full of hilarious anecdotes from his life in football and broadcasting. You'll discover:

Get It On
Kicking Back
Thomas Tuchel
Sacré Bleu