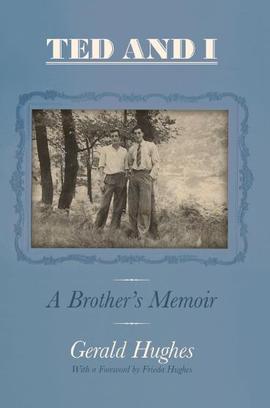 Ted And I A Brother's Memoir

Anecdotal and immensely charming, Ted and I is a unique portrait of a shared childhood between Gerald Hughes and his younger brother Ted, one of the finest and best-loved poets of modern times. Hughes brings alive a period when the two brothers would roam the countryside, camping, making fires, pitching tents, hunting rabbits, rats, wood pigeon and stoats. Ted’s fascination with all wildlife subsequently fed directly into his sublime poetry. Gerald describes watching his brother evolving into a great poet and describes them continuing their relationship, even when many miles apart.

Containing a great many unique and never-beforeseen family photographs of Ted Hughes, as well as unpublished material, this extraordinary memoir is an achingly poignant tale of childhood and youth and togetherness; the tenderness of brotherly love and the development of a poetic mind as Hughes went into the air force, onto Cambridge where he published his first poems and met Sylvia Plath, before settling in Devon with Sylvia, where their children were born.

Ted and I also features a foreword by Gerald’s niece Frieda Hughes, the daughter of Ted Hughes and Sylvia Plath and herself a well-known painter and poet.

Gerald Hughes's memoir of his little brother, Ted, has a muted, soul-swelling intensity

a sweetly written memoir with much tender illumination