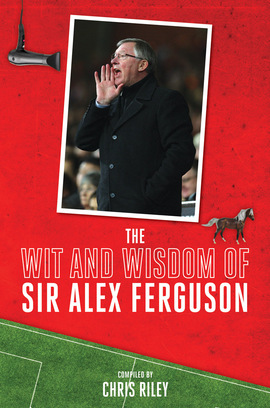 The Wit and Wisdom of Sir Alex Ferguson

When Sir Alex Ferguson announced his retirement as manager of Manchester United Football Club on 9th May he was calling time on the most successful career in British and world football club history. During his 27 years at the helm of the world’s most famous football club he has shown himself to be a paragon of leadership, an incomparable man-manager and an unparalleled wielder of the notorious hairdryer. In that span he has also proved himself to be the most entertaining of communicators and the sharpest of commentators on the game and its characters and components. In short, Sir Alex is the complete football philosopher, with some excellent lessons to teach about management in all walks of life. From dealing with unsettled football players to demolishing opposition managers, this is The Wit and Wisdom of Sir Alex Ferguson.