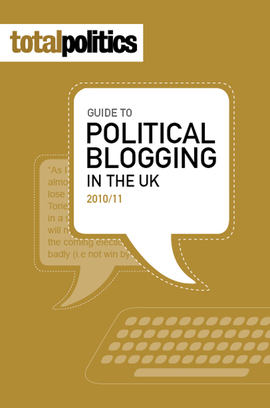 Now in its fifth year, the Total Politics Guide to Political Blogging is recognised as an invaluable resource for the half a million people in the UK who read political blogs each month. The status of political blogging has risen immeasurably in the last twelve months with many leading bloggers becoming media personalities in their own right. This directory lists all 2,000 UK-based political blogs and seeks to sort the wheat from the chaff. Leading media commentators and bloggers analyses the state of the blogosphere and its effect both on mainstream media institutions and the political world. There are also more than twenty league tables, which chart which blogs are the most influential in their field.