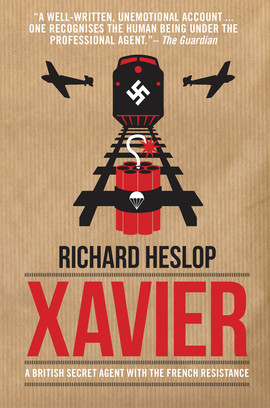 Xavier A British Secret Agent With The French Resistance

Sent to France in the middle of the conflict, he delicately balanced clandestine missions and dangerous wartime operations on a daily basis, yet his name barely gets a mention in the accounts of the Special Operations Executive (SOE), making this insight all the more fascinating.

Xavier is a dramatic and compelling account of courage and endurance in the face of a merciless enemy – the true story of one of Britain’s greatest secret agents.

This modest and gripping account highlights the contribution of a man whose wartime role has largely been overlooked.