A Christmas Q&A with Michael Bright

Nature is a weird and wonderful place, and nobody knows that better than Michael Bright. As the author of more than 130 books- two of which are being reissued by us at Biteback this January- he sat down with us to chat about his inspirations, his love of nature and the fact that his grandmother had one of the first television sets in all of Plymouth... 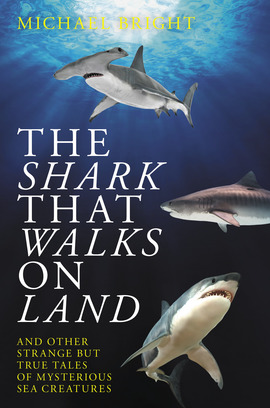 What kick-started your love of the natural world?

I was fortunate enough to have lived for most of my early life in Plymouth, on the border between two of the UK's most beautiful counties – Devon and Cornwall. My playgrounds were the moors, beaches, and sea cliffs, so you could not help be excited by all that was around you. Plymouth is also home to the Marine Biological Association and, before the National Aquarium was built, it had a public aquarium. I pressed my nose to the glass almost every week, and one fish always attracted my attention. It was a huge wreckfish, so imagine my surprise when, many years later, I visited the new National Aquarium, and there was my wreckfish, alive and well!

My mother used to take me down to the harbour to meet the aquarium's fishing boat. You always knew when it was coming home because it gave a loud honk to let their van driver know they were coming into port. It was different from the fish market further along the quay, in that all the fish and shellfish were kept alive; and what amazing things they brought back – huge lobsters, octopuses, John Dory, dogfish, smooth hounds, electric rays, and skates (when they were more common).

Then, there was television. My grandmother had one of the first televisions in Plymouth, and, of all the programmes we watched together, it was the wildlife documentaries that caught my imagination. From that moment on, all I wanted to do was work in wildlife programme making. The writing came later.

What inspired you to write these books?

I thought it would be fun to gather together fascinating information about animals and present them in such a way that you can dip in and out of the book, and then impress your family and friends with fascinating facts – unless, of course, they've read the books too!

How did you do the research for the books?

Research initially came from what was in my head. When you work in radio and television, you pick up a lot of facts and figures along the way. It was just a matter of ordering them, so the books are not too rambling.

Most interesting animal fact you found out when writing them?

Oh gosh, that's a difficult one. I find them all interesting, but one thing that sticks in my mind is the bit of detective work I did on Steller's sea cow. It's an animal thought to have been hunted to extinction by 1768, but in 1937, the skeleton of a strange creature was found in the stomach of a harpooned sperm whale. Nobody has been able to identify it, but when I saw the photographs, it jumped out at me – here was a Steller's sea cow. A bit more digging revealed that creatures resembling the sea cow have been seen alive off the Russian and North American coasts, including a sighting as recently as 2006 off Washington State. A fishing charter skipper spotted what he described as a 'manatee', and Steller's sea cow is a close relative of the manatee. Terrific stuff. 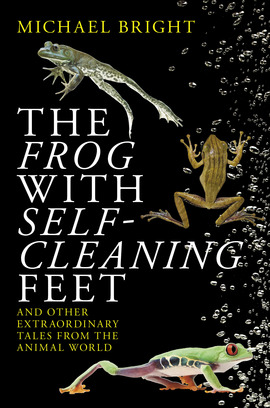 Do you have a role model?

My early role models were all wildlife television presenters. The Austrian underwater explorer Hans Hass was the first. In his television series Diving to Adventure, he and his glamorous wife Lotte sailed the seven seas in a beautiful white schooner called the Xarifa. The most exciting moments were when they dived with sharks, and to this day, I rate sharks among my favourite animals.

My second hero was, of course, Sir David Attenborough. When I was young, he was making the Zoo Quest series, and the episodes that really caught my imagination were from Zoo Quest for a Dragon, when Sir David and his trusty cameraman Charles Lagus, encountered the Komodo dragon – shear magic!

A third hero was naturalist and wildlife cameraman Tony Soper. Tony was one of the founders of the BBC's Natural History Unit, and he accompanied Sir Peter Scott and his wife in the two series Look and Faraway Look. Each week they transported this little boy from Plymouth to exotic locations, such as Galápagos Islands and New Guinea. Little did that youngster know that, one day, he'd be travelling like his heroes too.

Interestingly, when I joined the BBC, I had the privilege to meet and even work with all of my heroes... now, not many people can claim that.

I don't really have one, even though I've just started on my 130th book, and I still have no fixed routines. I just sit down and write the first relevant thing that comes into my head. With modern word processing technology it's now very easy to go back and revise your text. Before that, I used a lot of cutting and pasting, not electronically, but literally, right across the floor. Also, when I was at the BBC, I had to write in my spare time, which meant at night and weekends, and even now, having retired from the BBC some years ago, I seem to write the best prose at night.

Thing you’re most looking forward to about having your books published in January?

I think some form of feedback is the most exciting thing. Do readers like it? Has it inspired them? Writing can be quite a lonely occupation, so contact with people is very welcome. And, let's face it... I do get a kick to see my book in the bestsellers list – fingers crossed!

What’s the best Christmas present you’d like to receive?

This has to be good health, not for me, but for my granddaughter, who, as I write, is about to have a third major operation, and she's not even a year old. A successful outcome is all I'd like for Christmas.

Michael's books, The Shark that Walks on Land, and The Frog with Self-Cleaning Feet, are out in January. Pre-order them now!