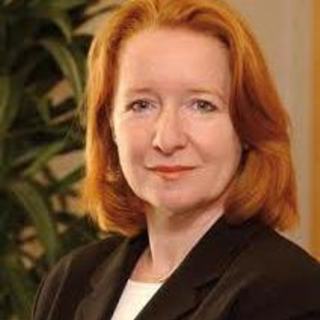 Deborah Mattinson advised Labour through the 1980s and the birth of New Labour. She then worked closely with Gordon Brown as he prepared to become PM, and after transition she began her career in advertising, and is a Founder Director of BritainThinks, and its international arm, WorldThinks.

DEBORAH MATTINSON is one of the UK’s leading pollsters and strategists and founding director at BritainThinks, an agency that provides clients from the corporate world, voluntary sector and government with insight and strategic advice. Before co-founding BritainThinks, she jointly ran the Chime research and engagement division. She was also pollster to Gordon Brown, firstly as Chancellor of the Exchequer, then as Prime Minister. A highly respected commentator on public opinion, Deborah frequently writes and broadcasts about the mood of the nation. In 2010, she published Talking to a Brick Wall – the story of the New Labour years through the eyes of the voters.

1. My top comfort read would be anything by Jane Austin. Like most people I love Pride and Prejudice, but Mansfield Park - read on one sitting when I was 14 or 15 - remains my all-time favourite.

2. Golden Notebook by Doris Lessing - read when I was at University and discovering politics, love and much more. I felt I would never be the same again after reading it. I'm almost afraid to reread it now.

3. I love political biography. My favourite ever is A Time of My Life by Denis Healey. Informative, witty and erudite - evidence of the importance of the 'hinterland' that he feared he had too much of. How many politicians nowadays would be better at what they do - and probably happier - if they had just a little bit of hinterland too?

Beyond the Red Wall
Talking to a Brick Wall