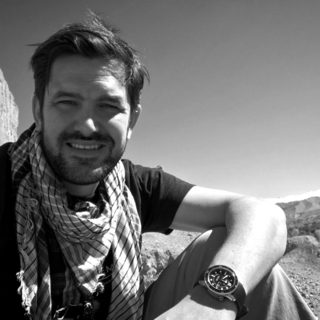 Jordan Wylie is a bestselling author, extreme adventurer and charity fundraiser. He is one of the stars of Channel 4’s award-winning and BAFTA-nominated Hunted and Celebrity Hunted, and he appears regularly on platforms such as Sky News, the BBC and ITV. He is the United Kingdom’s national ambassador for the Army Cadet Force, in which capacity he is a frequent motivational speaker to young people in schools and colleges, as well as to businesses all over the world. Jordan is also a multiple Guinness World Record holder and the author of Citadel (Mirror Books, 2017), which details his life experiences from a council estate in Blackpool to the battlefield and beyond, and Running For My Life (Biteback, 2019), which illustrates how he ran through the most dangerous countries in the world to help inspire children.

The Power of the Paddle
Running For My Life