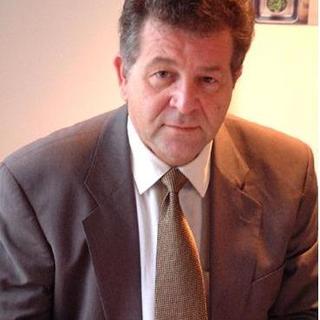 Paul Moorcraft has been a freelance journalist, war correspondent and military analyst. He is currently the director of the Centre for Foreign Policy Analysis, London, and a visiting professor at Cardiff University's School of Journalism, Media and Cultural Studies.

Paul Moorcraft has been a professor, policeman, producer and politician. He has written over 25 books of fiction and non-fiction. He is currently, the Director of the Centre for Foreign Policy Analysis, London, and visiting professor at the school of Journalism, Media and Cultural Studies, Cardiff University. He is best known as an occasional war correspondent and broadcaster.

His amusing travel books on his life in over 30 wars and career in the UK MOD/Whitehall is best illustrated by Inside the Danger Zones: Travels to Arresting Places (Biteback, 2010); Biteback also published his more cerebral (but still lots of good jokes): Shooting the Messenger: The Politics of War Reporting, with Phil M Taylor (2011). He is a well-respected military historian: his co-authored The Rhodesian War: a Military History (paperback, Pen and Sword, 2011) is considered to be the definitive study of the conflict. Mugabe’s War Machine (Pen and Sword) came out in hardback in 2011.

1. Daniel Martin by John Fowles - in his plotting was sometimes an intellectual con man, but this one really works.

2. Darkness at Noon by Arthur Koestler - this had a major influence on me as a student.

3. The First Circle by Alexander Solzhenitsyn - whenever I complain of sometimes difficult locations/conditions for my writing I think of the Russian dissident scribbling away in a Siberian gulag.

I would like to mention as well the book of my year (2011): Michael Lewis: Boomerang: The Meltdown Tour. It’s about how to understand and even enjoy the current economic collapse.

Inside the Danger Zones
Shooting the Messenger