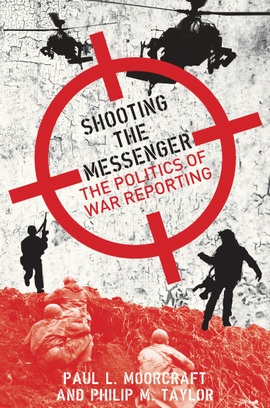 Shooting the Messenger The Politics of War Reporting

Wars have dominated politics since history began. In the modern era most of what the media reports on foreign conflicts comes from a small band of war correspondents. As the furore over the Iraq, Afghan and now the Libyan wars demonstrates, Western governments and militaries often collude to keep their voters in the dark about the causes and the conduct of wars waged in their name.

In this entertaining and unspun account of modern war reporting, the authors ask whether the media itself drives democracies to war. Or does it serve to constrain evil, ignorant and messianic leaders? Are the heirs of William Howard Russell, the fi rst modern war reporter, watchdogs or lapdogs? In the age of Wikileaks and corrupt media empires, what is the political impact of war correspondents? Are they the heroes or harlots of their profession?

...a cracking history of war reporting and its political impact, unreservedly recommended reading for practitioners, scholars and journalists alike.

A penetrating look at the complex issues surrounding war reporting.

...the big historical picture as well as the small anecdotal and entertaining details make this book a great read.