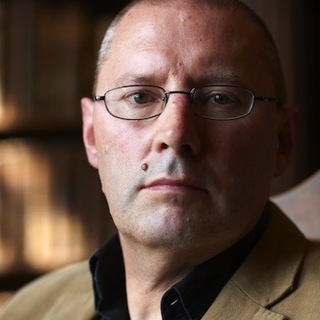 Richard Bradford has published 22 books on a variety of subjects. Most recently he has specialised in literary biography

Richard Bradford has published twenty-five books on various aspects of literature and culture. His work on poetry and poetics has been praised as offering new, groundbreaking perspectives on the nature of verse. More recently, he has specialised in literary biographies of writers such as John Milton, Kingsley Amis, Philip Larkin, Alan Sillitoe and Martin Amis.
Bradford has also published an assessment of the current state of the British novel, and his book Is Shakespeare Any Good?, on how we evaluate the quality of literature, will be published by Blackwell in 2015. He has held academic posts at Oxford, the University of Wales and Trinity College, Dublin, and is currently Research Professor of English at the University of Ulster and Visiting Professor at the University of Avignon.

2. The Green Man, by Kingsley Amis - a satirical novel about a Cambridgeshire restaurant owner which involves visits from God and an agent of Satan and remains believable is a work of genius.

3. Complete Poems, by Philip Larkin - he is the finest English poet, generally loathed by the puritanical left and advocates of experiment for its own sake.