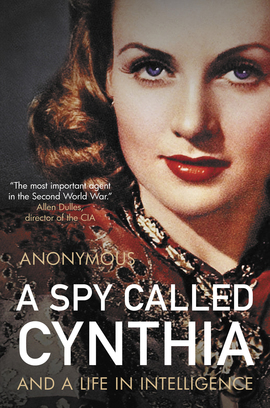 A Spy Called Cynthia And a Life in Intelligence

Elizabeth Thorpe, codenamed Cynthia, was a glamorous American socialite recruited by MI6 to obtain intelligence from the Polish Foreign Ministry and from the Italian and Vichy French embassies in Washington. Her method was to seduce whatever targets could provide her with vital intelligence, a practice in which she hardly ever failed, enabling her to secure first the French and then the Italian naval codes. In the landings in North Africa, she was credited with having saved the lives of hundreds of Allied soldiers.

This unique account by a British spymaster of his relationship with Cynthia, detailing his subsequent involvement with Kim Philby and the Cambridge spies and his dealings with his counterparts in the CIA and French intelligence, was entrusted by him to a junior colleague on the basis that it was not to be published until everyone in it was dead. Necessarily anonymous and impossible to fully verify, though most of it undoubtedly did happen and is part of the historical record, A Spy Called Cynthia provides a special insight into the world of intelligence and one of its most effective practitioners.