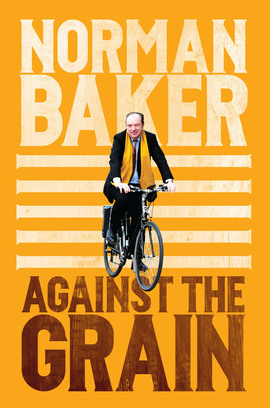 For eighteen years, Norman Baker was one of the most distinctive, outspoken and campaigning members of the House of Commons, uncovering the biggest parliamentary scandals of recent times. MPs’ expenses, the death of David Kelly, and the ill-fated flight BA 149 were all investigated by the man Nick Clegg referred to as ‘a cross between Gandhi and a battering ram’.

Against the Grain is Baker’s fascinating account of Westminster and constituency life, from the absurd to the deadly serious. His observations and investigations confirm how well-deserved his reputation is as one of the most dogged and persistent parliamentary interrogators the modern House of Commons has known.

Amongst much else, this compelling tale reveals the truth about Baker’s successful campaign to force the resignation of Peter Mandelson, and lifts the lid on the inner workings of the coalition, laying bare the divisions and the surprising alliances at the heart of the Department for Transport and the Home Office.

Insightful, honest and very funny, Against the Grain is a must-read for anyone interested in the machinations, the misunderstandings and the frequent missteps taking place behind the Westminster façade.

'Norman Baker at his best – contemptuous of power and secrecy, delightfully indiscreet, pleasingly insulting and often very funny. A maverick’s guide to politics.'

'Quirky, single-minded and always true to himself, Norman Baker is a true original. Against the Grain is a one-man rebuke to the soulless politics of spin.'

'This is a glorious book by a remarkable man. It should be read by everyone who cares about British public life. It tells the story of an extraordinary political journey as Norman Baker confronted the British establishment at its most corrupt. It tells how he forced the resignation of Peter Mandelson at the height of his power, how he brought to light the corruption of the MPs’ expenses scandal and how he exposed the failures of the Hutton Inquiry into the death of David Kelly. This book is written very clearly and with a quiet good humour. It puts many other political autobiographies to shame.'