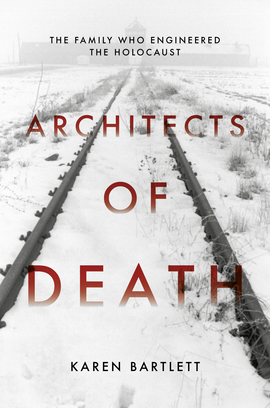 Architects Of Death The Family Who Engineered the Holocaust

The respectable faces the Topf brothers showed the world masked unspeakable horrors – they worked for Hitler and traded in mass murder.

J. A. Topf and Sons began life as a well-respected, but unremarkable, engineering firm in the provincial German city of Erfurt. A family-owned business, it produced heating systems, as well as brewing and malting equipment. But the advent of the Second World War would see Topf and Sons become a manufacturer of crematoria for concentration camps including Auschwitz and Buchenwald – recasting the firm as an agent of Nazi sadism.

During the horror-filled years of the Holocaust, the company would facilitate the murder of more than one million men, women and children. Most of the workers at Topf and Sons were never fervent Nazis driven by extremist and hate-filled ideologies. Yet, fuelled by personal ambition and bitter professional rivalries, Topf and Son’s owners and senior engineers competed with each other to develop the technology for the twentieth century’s worst genocide.

In Architects of Death, Karen Bartlett reveals exactly how and why the name of Topf and Sons became synonymous with Nazi inhumanity, and examines the natures and behaviour of the men responsible for the company’s enduring infamy.