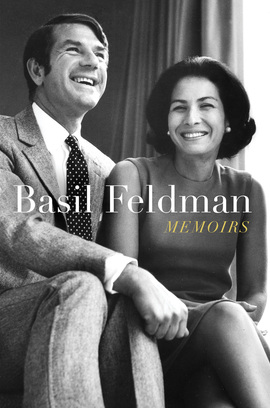 Lord Feldman has lived a full and fascinating life encompassing many of the most important changes in the twentieth century – the Second World War, the establishment of the state of Israel, the fall of the British Empire, the advent of television, the invention of the mobile phone and the rise of the internet – all things he has played either a direct or an indirect part in.

Whilst that alone does not single him out as unique, it is his interaction with some of the most interesting and powerful figures of his lifetime that makes his memoirs a must-read.

Blessed with a social conscience and a great deal of energy, and guided by his own moral code based on honesty and loyalty, Basil Feldman always sought to contribute to positive change and progress in his country; first through his successful business career, then through politics.

This book is a must-read for anyone who has an interest in business, politics, or, indeed, how to live a full and happy life.

Basil Feldman's story is extraordinary. He has fought his way to success in both business and politics, never forgetting his friends. He's had a ringside seat on history and I'm delighted he has decided to share the view.