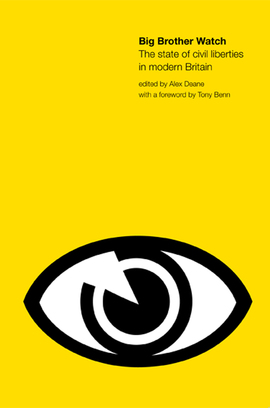 The debate about our DNA database, the largest per capita in the world, has dominated headlines throughout the last few years. Britain has more CCTV cameras than any other country in the world, and even more are being installed - including in private homes, facing out into the street. With the Intercept Modernisation Programme, the current government plans to record details of every telephone call made and e-mail sent by people in the United Kingdom. A database of households, is set to be compiled for health and safety reasons, is planned by the NHS. The Independent Safeguarding Authority continues to plan a compulsory register of all those who regularly come into contact with children - perhaps a third of adults in the country. Stop-and-Search powers under the Terrorism Act are argued about as photographers are arrested for taking photographs of public buildings. Data chips in our bins monitor our domestic waste.

Despite a temporary retreat on their compulsory status, identity cards (and, more importantly, the database behind them) remain with us. What is the future for civil liberties in modern Britain? Big Brother Watch brings together a collection of essays by experts in fields affected by the increasingly authoritarian nature of British culture - in a country so illiberal it's almost as if normal life is becoming unlawful.

Pandemic Diaries
Have We All Gone Mad?
Independent Nation
The New Snobbery