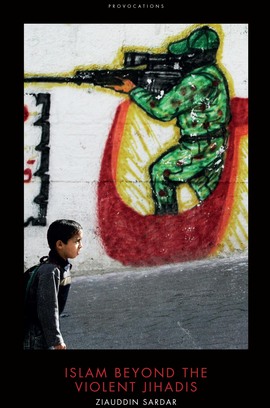 Islam Beyond the Violent Jihadis An Optimistic Muslim Speaks (Provocations)

Islam has been corrupted. A virulent strain of the religion manifests itself in bloodthirsty mutations such as Boko Haram in Nigeria and the terrifying spectre of ISIS. But behind the atrocities and turmoil lie many different versions and visions of Islam, each struggling to survive in a rapidly changing world.

Ziauddin Sardar, with inimitable wit and intelligence, chronicles the diversity and richness of Islam and, in doing so, answers a host of frequently asked questions:

• Is Islam inherently violent and misogynistic?

• Why do young men and women choose to join the jihadi caliphate?

• What part should Muhammad’s teachings play in our own times?

Islam Beyond the Violent Jihadis argues for a pluralistic and reflective religion with a distinguished past – but one that appears to have been wrenched from its noble origins by rigid fundamentalism. In examining how we have nourished the rise of Islamic jihadi groups, Sardar urges us all to work together.