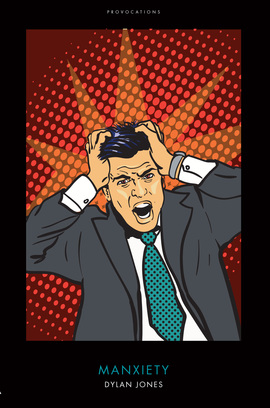 Masculinity, it appears, is in crisis. Diminished by feminists, mocked by their peers and ridiculed by the media, it seems not a week goes by when men are not being accused of being too violent, too stupid or too sexual.

The world in which men roamed the planet with an innate sense of entitlement, comfortable in their role in a society that deemed them the stronger, smarter, intrinsically superior sex, has been replaced with one filled with ‘manxiety’, where men feel slighted by the people they work for (or don’t), by the friends they feel they can’t possibly compete with and by the women they date.

With typical wit and unrestrained perspicacity, Dylan Jones explores the myriad reasons that men appear to be in a perpetual state of stress, wondering where they fit into a world that seemingly no longer has any use for them.

Could it be time for a men’s movement, he asks, something that encourages men to ‘fight back’ and brings them back into the fold? Or are men simply over-reacting to a welcome redressing of the balance of the sexes? Should men just get over themselves, dust off that old bravado and, well, man up?

London Rules
'I Find That Offensive!'
Stand by Your Manhood
The Press Freedom Myth