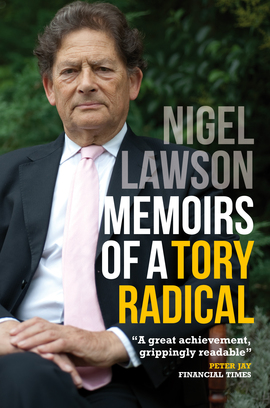 Memoirs of a Tory Radical

A key government minister for a full decade and Chancellor of the Exchequer from 1983 to 1989, Nigel Lawson was one of the most powerful and effective of Margaret Thatcher’s colleagues, and among the chief architects of Thatcherism. This abridged edition of Lord Lawson’s memoirs, first published as The View from No.11 in 1992, and acclaimed as one of the best political memoirs of the period goes straight to the heart of economic policy-making at a time of crisis and creative change. It explains the workings of government with candour, clarity and depth, against the backdrop of the remarkable story of the rise and fall of his political collaboration with Margaret Thatcher, productive and successful for many years, but ending with his dramatic resignation in October 1989. The book includes a new final chapter reflecting on events from a modern perspective, also discussing the crisis in the banking sector and the new crisis of global warming.