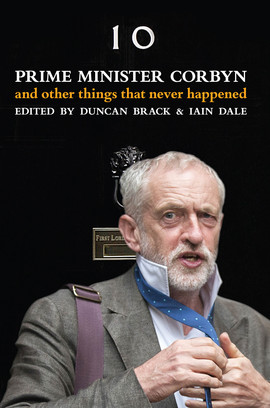 Prime Minister Corbyn And other things that never happened

Have you ever wondered what would have happened if …

Britain had lost the Falklands War?

the Conservatives had won an overall majority in 2010?

Lyndon Johnson had been shot down in 1942?

David Miliband had beaten Ed Miliband to the Labour leadership?

Lynton Crosby had changed sides in 2015?

or Boris Johnson had become Prime Minister after the European referendum?

Welcome to the world of political counterfactuals, where scholarly analyses of possibilities and causalities take their place beside enthralling fictional accounts of alternate political histories – all guaranteed to enlighten and entertain (or make you shudder at the thought).

From a permanent union between France and the UK in 1940, to a ‘Yes’ vote in the Scottish independence referendum of 2014, to Jeremy Corbyn becoming Prime Minister in 2020, get ready to see a century of political history turned on its head with twenty-three expert examinations of things that never happened (or likely never will) – but easily could have if events had so conspired…