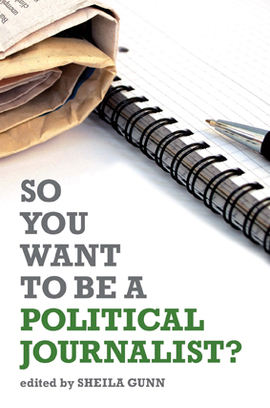 So You Want to be a Political Journalist?

In the wake of 2010’s historic general election, politics commands more column inches and air-time than ever before. Yet most political journalists failed to foresee the consequences of a coalition government, and they are still struggling to understand and reflect the new political environment in their coverage. While there is plenty of debate about the current state of politics and journalism, aspiring political reporters receive little guidance. Are unscrupulous spin doctors simply spoon-feeding them stories? Do they push their own politically-biased agendas? This book focuses on helping to produce competent and confident journalists who report on politics without fear or favour. With chapters on starting out in the trade, where to find the story, how to report it, and how to deal with the political classes, this book is the essential guide for journalism students, trainee journalists and journalists looking to understand the mechanisms of Westminster and Whitehall. Edited by Sheila Gunn, who was a political reporter on The Times and spin doctor to John Major, So You Want To Be A Political Journalist features contributions from a wide range of current and former political journalists from print, broadcast and online media.