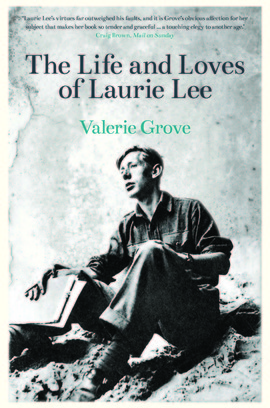 The Life and Loves of Laurie Lee

Millions of readers know and love him for his lyrical portraits of his life, from the moving and nostalgic tales of childhood and innocence found in the pages of Cider with Rosie, to the nomadic wanderings through Spain retold in As I Walked Out One Midsummer Morning, to his dramatic experiences fighting Franco’s forces in A Moment of War. As a poet, playwright, broadcaster and writer, Laurie Lee created a legend around himself that would see him safely secured in the literary canon even within his own lifetime.

Yet, though he wrote exclusively about his own life, Lee never told the whole story. His readers know him as a man devoted to two women: his wife and his daughter, ‘the firstborn’. Among the pages of his published works there is little trace of the girls he left behind. He never identifi ed in print the girl who inspired him to go to Spain, or the woman who supported him there. He never named the beautiful mistress he came home to, who was the great love of his young life and who led him into literary London, bore his child
and broke his heart.

In The Life and Loves of Laurie Lee, acclaimed biographer Valerie Grove delves into the letters and diaries he kept hidden from the world, building on her magisterial study of the charismatic poet to capture the essence of this romantic, elusive enigma and bring him to life once more.

Laurie Lee’s virtues far outweighed his faults, and it is Grove’s obvious affection for his subject that makes her book so tender and graceful... a touching elegy to another age.

Excellent and utterly compelling biography… Grove does a brilliant job of bringing both Lee and his times to life; I was completely enthralled.

In this centenary year of Lee’s birth, Valerie Grove’s warm-hearted but unflinching biography is very welcome. It is a timely reminder not only of Lee’s changeable character and later achievements as a man of letters, but of his complex relationships.

Grove ... has endeavored to capture the essence of Lee and has brought him to life once more.