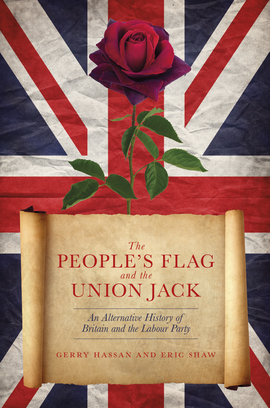 The British Labour Party has at times been a force for radical change in the UK, but one critical aspect of its makeup has been consistently misunderstood and underplayed: its Britishness. Throughout the party’s history, its Britishness has been an integral part of how it has done politics, acted in government and opposition, and understood the UK and its nations and regions.

The People’s Flag and the Union Jack is the first comprehensive account of how Labour has tried to understand Britain and Britishness and to compete in a political landscape defined by conservative notions of nation, patriotism and tradition.

At a time when many of the party faithful regard national identity as a toxic subject, academics Gerry Hassan and Eric Shaw argue that Labour’s Britishness and its ambiguous relationship with issues of nationalism matter more today than ever before, and will continue to matter for the foreseeable future, when the UK is in fundamental crisis.

As debate rages about Brexit, and the prospect of Scottish independence remains live, this timely intervention, featuring contributions from a wealth of pioneering thinkers, offers an illuminating and perceptive insight into Labour’s past, present and future.

“Few writers are better placed than Gerry Hassan and Eric Shaw to anatomise not only the strange death of Labour Scotland but also the fragmentation of the United Kingdom. This fascinating book is essential reading for anyone who wishes to understand the forces transforming our politics in this age of upheaval.”

“This book is long overdue and highly relevant to the current crisis of nationalisms in the UK. Hassan and Shaw bring clear sight and a wealth of knowledge to a neglected subject. We badly need history like this if we are to plot our futures as nations.”

“What George Orwell feared has come to pass. Britain is no longer held together through exploiting its enormous former empire. The Union Jack, the flag of a marauding navy, is now tattered. Gerry Hassan and Eric Shaw deftly upturn the stone of what Britishness is, to see what lies beneath from the point of view of the Labour Party and labour movement. There has never before been a serious study of the relationship between Labour and Britain; The People’s Flag and the Union Jack is both intriguing and timely.”

“This book is brimming with insights about one of the Brexit era’s most overlooked aspects: the Labour Party’s close ties to increasingly outmoded ideas about Britain. It’s a timely and urgent read – because if it wants to define the post-Brexit future of the four countries of the UK, the wider left is going to have to deal with this stuff.”