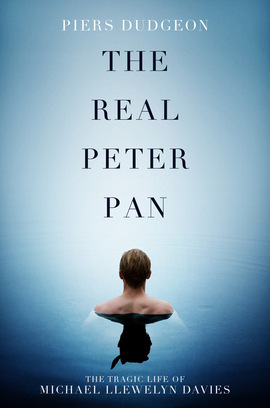 His elder brother Peter may have been more aptly named for the part, but it was Michael, the fourth son of Sylvia and Arthur Llewelyn Davies, who was the original ‘little half-and-half’ – the half-human, half-supernatural Peter Pan, who hopes never to be compelled to grow up and face life’s harsh realities.

The playwright struck up a friendship with Michael’s three older brothers after he encountered them playing in London’s Kensington Gardens, an area that would become the first location for the Neverland of his most enduring work.

But soon it was Michael who was ‘The One’. Touched by his grandfather George du Maurier’s ‘sixth sense’, Michael lived the fantasy life more intensely than any of them, even participating in a hauntingly accurate prediction of events to come as Peter Pan daring himself to drown in the mermaids’ lagoon, fascinated by the prospect of an afterlife. Nightmares and an unnatural terror of water ensued, but no one intervened or thought to stop the obvious root to his subconscious fears.

Indeed, when Michael’s parents – themselves the inspiration for Mr and Mrs Darling in the play – died one after the other, leaving the brothers orphans and real ‘Lost Boys’, Barrie’s involvement was so entrenched that the enigmatic, and by now very rich, playwright offered himself up as guardian.

As the years went by, Michael and Barrie became ever closer, their Neverland transferring to the Highlands and islands of Scotland, where, still driven by the need to write from life, Barrie’s other-worldly preoccupations steered their fantasy life afresh. Until one day it seemed to Michael time to break free.

A true story of friendship, love and childhood innocence, shot through with joy, but terminated by tragedy, The Real Peter Pan is the moving story of a boy who would never grow up.