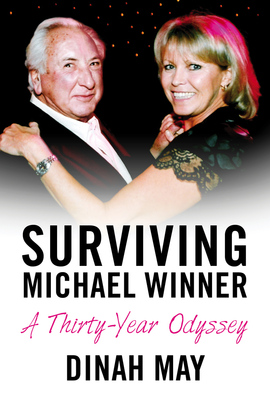 They say you can tell a lot about a person from how they treat their employees. In the case of Michael Winner, the relationship with his personal assistant, Dinah May, tells us a great deal indeed.

In his life, Winner was known publicly as many things: a director, producer and the outspoken food critic who could make or break a restaurant with just a few choice words in his compelling Sunday Times ‘Winner’s Dinners’ column. But behind the opulence and charm, the glamour and the glitz, lies the explosive untold story of fiery outbursts and scorching tirades, brought to life here in vivid colour by the one woman who remained a constant in his life.

Impulsive, unpredictable and obsessed with the spotlight, though generous, witty and unshakably loyal – if life alongside Winner was to be at the centre of a storm, on a constant roller coaster, then Dinah May was at its epicentre and holding on for dear life.

For thirty years the former Miss Great Britain was by Winner’s side, on film sets, studios, abroad with famous friends or at his home, witnessing first-hand the two very different sides of his life, character and temperament. It was with Michael’s blessing, and, indeed, encouragement, that she leave nothing out from their story (‘Tell them everything’) and in this affectionate but candid, no-holds-barred exposé, Dinah certainly doesn’t disappoint…

Under the circumstances, it would hardly be surprising if this book was drenched in sour grapes. In fact, it’s far more thoughtful and generous-spirited than that, prompted less by a desire for vengeance than a wish to understand… May proves a shrewd and vivid observer.

An honest account of her life with the film director.

An extraordinary insight into the outrageous behaviour of Michael Winner.