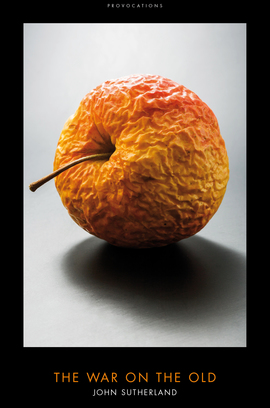 The War On The Old

The war on the old has been declared.

In the post-Brexit world, intergenerational conflict has become a visible phenomenon. There is an overwhelming sense of blame from younger generations: it was ‘the wrinklies’, the grey-haired plutocracy, who voted Leave; who are overburdening hospitals, shutting the youth out of the housing market and hoarding accumulated wealth.

By 2020, we are told, one in five Britons will be pensioners, and living a longer retirement than ever before. ‘A good thing’, politicians add, through gritted teeth. The truth is that for them, ‘the old’ are a social, economic and political inconvenience.

John Sutherland (age 78, and feeling keenly what he writes about) examines this intergenerational combat as a new kind of war in which institutional neglect and universal indifference to the old has reached aggressive, and routinely lethal, levels. This is a book which sets out to provoke but in the process tells some deep and inconvenient truths, revealing something British society would rather not think about.

'I Find That Offensive!'
The Madness of Modern Parenting
The Myth of Meritocracy
The Press Freedom Myth