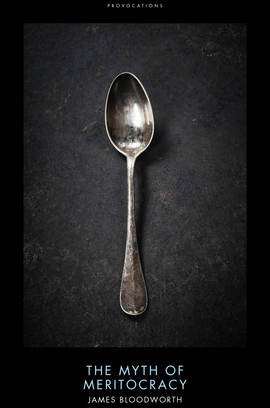 The best jobs in Britain today are overwhelmingly done by the children of the wealthy. Meanwhile, it is increasingly difficult for bright but poor kids to transcend their circumstances. This state of affairs should not only worry the less well-off. It hurts the middle classes too, who are increasingly locked out of the top professions by those from affluent backgrounds.

Hitherto, Labour and Conservative politicians alike have sought to deal with the problem by promoting the idea of ‘equality of opportunity’. In politics, social mobility is the only game in town, and old socialist arguments emphasising economic equality are about as fashionable today as mullets and shell suits. Yet genuine equality of opportunity is impossible alongside levels of inequality last seen during the 1930s. In a grossly unequal society, the privileges of the parents unfailingly become the privileges of the children.

A vague commitment from our politicians to build a ‘meritocracy’ is not enough. Nor is it desirable: a perfectly stratified meritocracy, in which everyone knew their station based on ‘merit’, would be a deeply unpleasant place to live. Any genuine attempt to improve social mobility must start by reducing the gap between rich and poor.

“A smashing little book, confidently written, well-researched and a grim pleasure to read.”

“Bloodworth's book may be light enough to slip into your jacket pocket but its argument is a weighty one … A well formulated and eminently sensible argument that is bolstered by sharp and engaging prose.”

“James Bloodworth is one of the best writers on politics around ... elegant and passionate.”

“A timely reminder that Britain remains as class-bound and divided as ever. An important intellectual contribution.”

“Elegant and illuminating … Written by one of today’s best young radical writers this book is essential for those Millennials facing what seems like a bleak future.”

'I Find That Offensive!'
London Rules
Authenticity is a Con
The Madness of Modern Parenting