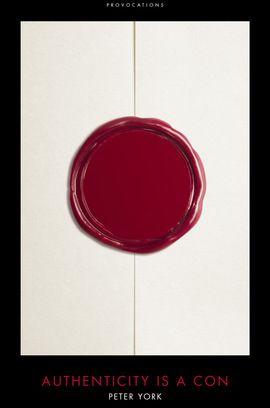 Authenticity is a Con (Provocations Series)

The idea of authenticity – deliciously vague and as ubiquitous as Starbucks – has hit the spot in almost every sector of 21st-century life.

From motivational speakers to PR consultants, music entrepreneurs to devoted foodies, bearded hipsters to earnest YouTubers – and, yes, politicians too – ‘authentic’ has become the buzzword of our age.

But, as Peter York has discovered, its meaning has changed and become corrupted: every advertising agency, micro-connoisseur and charlatan going has re-tooled the language of authenticity for our changing market and it is now practically impossible for us to differentiate between authentic and ‘authentic’.

Drawing on witty anecdotes and analysing various spheres of everyday life, Peter has set out to uncover the truth behind authenticity – the ultimate con of our generation.

‘The words flow easily past, and there are not that many of them, yet the invective in them is so dense than an enforced slower pace finds much to savour as Peter York lays into the modern love of presenting brands, products and people as ‘authentic’.

An ambitious new series that tackles the controversy of the topics explored with a mixture of intelligence and forthright argument from some excellent writers.

Refusing The Veil
The Madness of Modern Parenting
What Have The Immigrants Ever Done For Us?
The Provocations Collection