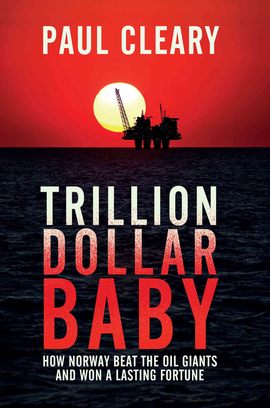 For most of its history, the remote and near-Arctic nation of Norway has eked out a marginal existence from fishing, forestry and shipping. That is, until Christmas Eve 1969, when oil was discovered off its southern coast.

Rather than squandering the profits (as the UK did with its North Sea oil), when the revenue began flowing, Norway put in place the most robust and visionary framework for extracting maximum benefit from non-renewable resources found anywhere in the world.

Less than twenty years after the country began investing in what is now called the Government Pension Fund, Norway has the largest sovereign wealth fund in the world, with assets of US$870 billion. What’s more, the fund is on track to hit the US$1 trillion mark by 2020.

Not only is every Norwegian now a (krone) millionaire and enjoying the highest standard of living in the world, they will be able to hand down this endowment to their children and grandchildren. Norway’s savings strategy means that it has taken a non-renewable resource and turned it into a financial asset that can last long after the oil wealth has been completely exhausted.

This is the story of how they did it.

Black Horse Ride
Capitalism
The Good, the Bad and the Greedy
The New Snobbery