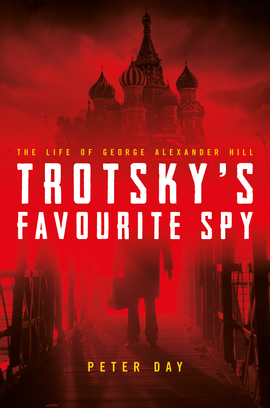 Una Kroll was eleven when she met her father for the first time, and was distraught when, at that same meeting, he told her he would not be coming home – he had another life. To explain away the absence of her mysterious father, the young Una had always told her classmates that he was an aviator and explorer who had gone missing in the desert. This was far less extraordinary than the truth, which she discovered years later.

Una’s father was George Hill, a British spy who befriended Trotsky during the Russian Revolution, smuggled the Romanian crown jewels out of the Soviet Union and was involved in a doomed attempt to rescue the Tsar’s family. During the Second World War, he was the link between Churchill’s Special Operations Executive and Stalin’s secret service. He was a man capable of great bravery, but little compassion.

In this gripping biography, acclaimed writer and journalist Peter Day shines a light on the shadowy world of twentieth-century espionage. It was the age of swashbuckling secret agents, swordsticks and clandestine assignations, and it is vividly brought to life through the story of George Hill, one of Britain’s most remarkable spies.