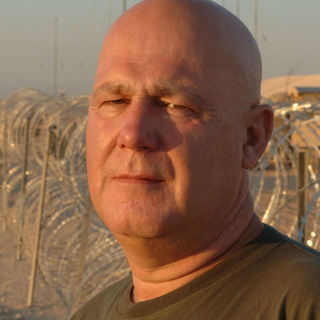 Michael Smith is the bestselling author The Secrets of Station X, The Spying Game and Foley among others. He is an award-winning journalist who has worked for the BBC, Daily Telegraph and Sunday Times. He lives in Oxfordshire.

Michael Smith is an award-winning journalist and number one bestselling author. Smith served in the British Army’s Intelligence Corps before joining the BBC. He has since worked as a reporter for both the Daily Telegraph and the Sunday Times, covering the wars in the Balkans, Iraq and Afghanistan. His many journalistic scoops include the publication of the Downing Street Memos, which exposed the way in which intelligence was ‘fixed’ in Washington DC in order to justify the war in Iraq.

Smith’s many books include Six: A History of Britain’s Secret Intelligence Service 1909-1939; The Secrets of Station X: How the Bletchley Park Codebreakers Helped Win the War; The Spying Game; Britain's Secret War 1939-1945; and Foley: The Spy Who Saved 10,000 Jews (Hodder & Stoughton, 1999), which led to the naming of MI6 officer Frank Foley as Righteous Among Nations, the highest award the Israeli state can give to a gentile. He is also the editor, with Ralph Erskine, of The Bletchley Park Codebreakers. He lives near Henley-on-Thames with his wife and family.

1. Stoner by John Williams - this wonderful book about a farmer's son who becomes an academic is a beautifully paced book. It is far more than just a book, it is real work of art.

2. The Human Factor by Graham Greene - in my view Greene is one of the best British novelists, if not the best. He ramps up the tension effortlessly in this story of a decent man forced into betraying his country for the woman he loves.

3. The Good Soldier by Ford Madox Ford - a brilliantly told account of sex, murder and cruelty. The reader gradually realises that the version they are hearing is that of a completely unreliable narrator covering up a trail of pure evil.