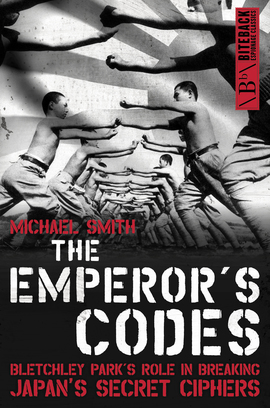 In his bestselling Station X, Michael Smith brought us the astonishing true story of the breaking of the Enigma Code. In The Emperor’s Codes, he continues the tale as he examines how Japan’s codes were broken and explores the consequences for the Second World War.

The Emperor’s Codes tells the stories of John Tiltman, the eccentric British soldier turned codebreaker who made many of the early breaks into Japanese diplomatic and military codes; Eric Nave, the Australian sailor recruited to work for the British who pioneered breakthroughs in Japanese naval codes; and Hiroshi Oshima, the hard-drinking Japanese ambassador to Berlin whose candid reports to Tokyo of his conversations with Hitler and other high-ranking Nazis were a major source of intelligence in the war against Germany.

Many of these revelations have been made possible only thanks to recently declassified British files, privileged access to Australian secret official histories and interviews with an unprecedented number of British, American and Australian codebreakers.

“Smith provides plenty of technical information, including three appendices, to satisfy even the most ardent lover of cryptography. But less numerate readers are far from short-changed. Some of the book’s most fascinating reading lies in the personal testimonies of the many veterans that Smith has interviewed. ‘Anything’, confesses one, ‘was better than learning to march and salute.’”

“As [Smith] makes plain … [he] scathingly undermines the conventional heroic narrative the American military was so quick to proclaim. It’s a damning conclusion but an enthralling read.”