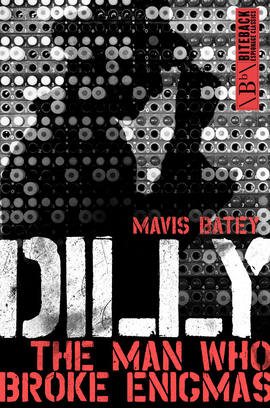 Dilly The Man Who Broke Enigmas

The highly eccentric Alfred Dillwyn Knox, known simply as ‘Dilly’, was one of the leading figures in the British codebreaking successes of the two world wars. During the first, he was the chief codebreaker in the Admiralty, breaking the German Navy’s main flag code, before going on to crack the German Enigma ciphers during the Second World War at Bletchley Park.

Here, he enjoyed the triumphant culmination of his life’s work: a reconstruction of the Enigma machine used by the Abwehr, the German Secret Service. This kept the British fully aware of what the German commanders knew about Allied plans, allowing MI5 and MI6 to use captured German spies to feed false information back to the Nazi spymasters.

Mavis Batey was one of ‘Dilly’s girls’, the young female codebreakers who helped him to break the various Enigma ciphers. She was called upon to advise Kate Winslet, star of the film Enigma, on what it was like to be one of the few female codebreakers at Bletchley Park. This gripping new edition of Batey’s critically acclaimed book reveals the vital part Dilly played in the deception operation that ensured the success of the D-Day landings, altering the course of the Second World War.

The Biteback Espionage Classics series began in 2010 with the purpose of bringing back classic out-of-print spy stories that should never be forgotten. From the Great War to the Cold War, from the French Resistance to the Cambridge Five, from Special Operations to Bletchley Park, this fascinating spy history series includes some of the best military, espionage and adventure stories ever told.

"Very impressive: historically significant and worthwhile reading for both historians and anyone interested in problem-solving, codebreaking and certainly the Second World War.”

The Spy Net
The Emperor's Codes
MI9
The Unknown Courier