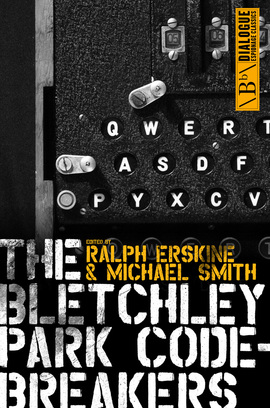 The British codebreakers at Bletchley Park are now believed to have shortened the duration of the Second World War by up to two years. During the dark days of 1941, as Britain stood almost alone against the the Nazis, this remarkable achievement seemed impossible.

This extraordinary book, originally published as Action This Day, includes descriptions by some of Britain’s foremost historians of the work of Bletchley Park, from the breaking of Enigma and other wartime codes to the invention of modern computing, and its influence on Cold War codebreaking. Crucially, it features personal reminiscences and very human stories of wartime codebreaking from former Bletchley Park codebreakers themselves.

This edition includes new material from one of those who was there, making The Bletchley Park Codebreakers compulsive reading.

All royalties from this book will go to the Bletchley Park trust.

Absolutely the best book ever written about codebreaking at Bletchley Park.

(A) remarkable collection of essays. Leaves one in awe of the complexity of Bletchley Park and its impact on both the world war and our postwar world.

The Secrets of Station X
Foley
The Emperor's Codes
MI9