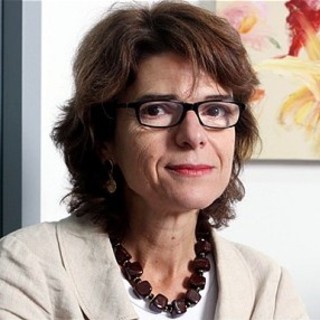 Vicky Pryce is an economist, and former Joint head of the United Kingdom’s government economic service.

Vicky Pryce is an economist and commentator. Following a number of positions in the banking and oil sectors, she worked as partner and chief economist at KPMG; was director general for economics at the Department for Business, Innovation and Skills; and was the joint head of the UK Government Economic Service. In 2000 she co-founded the Good Corporation to promote corporate social responsibility. She then worked as senior managing director at FTI Consulting and is currently chief economic adviser at the Centre for Economic and Business Research. Pryce holds a number of visiting professorships, including most recently at Birmingham City University and Aston University.

She is the author of several publications, including Greekonomics and Prisonomics, and co-author of It’s the Economy, Stupid: Economics for Voters, all published by Biteback. She was also the first female Master of the Worshipful Company of Management Consultants. She lives in south London and has five children.

Why Women Need Quotas
It's the Economy, Stupid
Greekonomics
Prisonomics