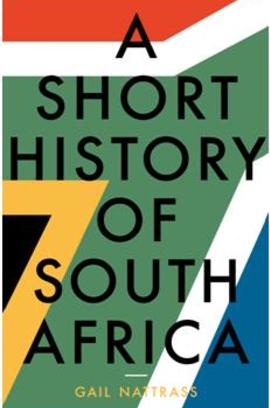 A Short History of South Africa

South Africa is popularly perceived as the most influential nation in Africa – a gateway to an entire continent for finance, trade and politics, and a crucial mediator in its neighbours’ affairs. On the other hand, post-Apartheid dreams of progress and reform have, in part, collapsed into a morass of corruption, unemployment and criminal violence.

A Short History of South Africa is a brief, general account of the history of this most complicated and fascinating  country –  from the first evidence of hominid existence to the wars of the 18th, 19th and 20th centuries that led to the establishment of modern South Africa, the horrors of Apartheid and the optimism following its collapse, as well as the prospects and challenges for the future.

This readable and thorough account, illustrated with maps and photographs, is the culmination of a lifetime of researching and teaching the broad spectrum of South African history.

Nattrass’s passion for her subject shines through, whether she is elucidating the reader on early humans in the cradle of humankind, or describing the tumultuous twentieth-century processes that shaped the democracy that is South Africa today.

To learn more about the writing of A Short History of South Africa and to see images not included in the book visit www.ashorthistoryofsouthafrica.com