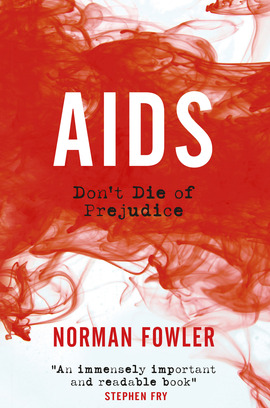 Eighteen million people around the world live with HIV but do not know they are infected. Endangering both themselves and countless others, they represent a public health challenge that affects not only Africa but every part of the world, including Europe and the United States. We stand at a tipping point in the AIDS crisis – and unless we can increase the numbers tested and treated, we will not defeat it. In spite of the progress since the 1980s there are still over 1.5 million deaths and over 2 million new HIV infections a year.

Norman Fowler has travelled to nine cities around the globe to report on the position today. What he discovered was a shocking blend of ignorance, prejudice, bigotry and intolerance. In Africa and Eastern Europe, a rising tide of discrimination against gays and lesbians prevents many from coming forward for testing. In Russia, drug users are dying because an intolerant government refuses to introduce the policies that would save them. Extraordinarily, Washington has followed suit and excluded financial help for proven policies on drugs, and has turned its back on sex workers.

In this lucid yet powerful account, Norman Fowler reveals the steps that must be taken to prevent a global tragedy. AIDS: Don’t Die of Prejudice is both an in-depth investigation and an impassioned call to arms against the greatest public health threat in the world today.

In praise of Norman Fowler: One of the first to understand the nature of the threat from HIV/AIDS . He has never stopped campaigning ....It's good to have a politician who sticks with a problem.

In this powerful book Norman Fowler argues that the biggest obstacle to tackling HIV is prejudice .

It is precisely this harnessing of historical analysis to pressing contemporary issues which makes this such a timely and instructive read… the book ends with a series of ten clearly defined proposals which I can only recommend to your attention… perhaps most impressive of all is his stirring and emotional endpiece concerning his own journey of discovery.

Norman Fowler who was instrumental in the remarkably enlightened approach to the crisis in the 1980s , punctures any complacency we might have developed by showing how , through a combination of bigotry and ignorance , worldwide the disease still remains a major and growing scourge .

An immensely important and readable book. There is no political voice in Britain who speaks on the subject with such authority.

It is a pacey read and its insistence that tolerance and harm reduction are the only way forward… is to be warmly commended.

Fowler’s message of tolerance and pragmatism, and his continued commitment to the field, is creditable in a world that still has a long way to go in fighting prejudice, and as a result in ending the scourge of HIV.