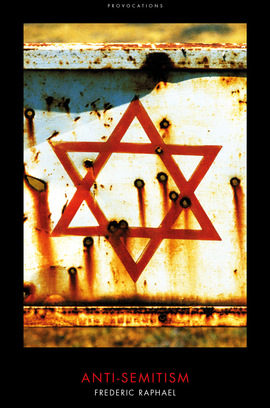 The Jews are at once privileged and peculiar, possibly blessed, regularly cursed. So why have a few million human beings, of differing appearance, allegiance and ideology been lumped together as ‘The Enemy’ in so many programmes for salvation, in this world and the next?

The rejection of Jesus turned ‘the Chosen’ into ‘the Damned’, and in this sense, the rise of Christianity and the damnation of the Jews went hand in hand. Yet both Christianity and Islam cannot entirely deny that their doctrines are based on Judaism.

Religious pundits have claimed that the doctrine of anti-Semitism is a feature of the Enlightenment. Now, years later, what Hitler failed to do, others wish to complete. Anti-Judaism had a successor in anti-Semitism, and anti-Semitism has in turn mutated into anti-Israelism.  Israel, like ‘the Jew’, is the target of choice for those who hope to be covered in glory by casting the first stone.

In this extraordinary, powerful polemic, celebrated writer Frederic Raphael looks back through two millennia of persecution, explaining not only exactly why it is people have been killing Jews for so long, but how this religion continues to survive and flourish in spite of this history of violence.