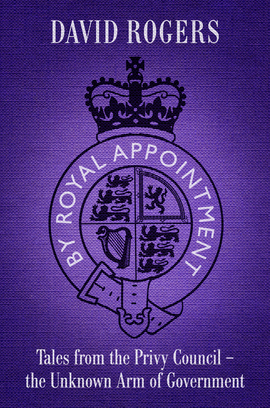 What is the Privy Council? What does it do? How did it come into being?

We have no written constitution and, therefore, no easy answers to these questions. There are people who would argue that it has no power at all. Others might disagree. Particularly if you had been sentenced to death in a former British overseas territory that still used the Privy Council as its court of appeal, for example, or if you were a student having a row with your college examiners where the University Chancellor, or the Official Visitor, was a member of the royal family. Perhaps a priest who had been defrocked by the Church of England’s Court of Arches, or, for that matter, a Prime Minister trying to establish a Royal Charter to control the press.

The Privy Council meets several times a year when five or six members of the Cabinet – who are all Privy Counsellors – are summoned to attend on the Queen and, among other business, Acts of Parliament receive the royal assent. Much of the work of the Council is done by standing or ad-hoc committees and sometimes politicians are made Privy Counsellors so that they can serve on such committees. For centuries, Privy Counsellors were sworn to secrecy by the Privy Council Oath and until 1999 to break that oath was regarded as an act of treason.

Traditionally, the Council has always existed to advise the Sovereign on the exercise of the Royal Prerogative, to make laws, to condemn to death and to go to war. Nowadays, most of its power has been devolved, yet it cannot simply be dismissed as having a purely ceremonial role. Its tentacles spread to every area of parliamentary and public life. Brides, battleships and burial plots are all affected by the current workings of the Privy Council, as is the governance of both the Channel Islands and the Isle of Man.

By Royal Appointment takes us on an anecdote-filled odyssey through the history of one of England’s oldest and most secretive institutions, its history spanning our history from King Cnut, through the Middle Ages, up to its modern embodiment and functions.

This useful book casts light on a little-understood national institution.

It seems extraordinary that it is almost 100 years since anybody wrote a book about the Privy Council. But now David Rogers finally lifts the lid on one of the great mysterious institutions of the British Constitution.

Once a highway of the British state, the Privy Council is now one of its byways. David Rogers explores its exalted past and humble present with enthusiasm, charm and more than a faint whiff of nostalgia.

Today the Privy Council seems almost powerless – a faintly honorific and archaic leftover from a more monarchical past – almost but maybe not entirely. Could there be latent powers buried within its ancient structure which might yet play a role in the nation’s affairs? David Rogers takes us on a fascinating journey into the roots, the history, the ambiguities and the current role of an almost forgotten part of the English constitutional system.

The Privy Council’s roots date back to William the Conqueror, yet this mysterious body is still hugely powerful today. In this well-informed and witty account of its secretive workings, constitutionalist David Rogers gives us a sparkling narrative rich in anecdote to reveal for the first time what our 600 Rt Hons really get up to.