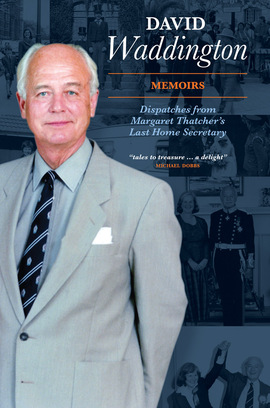 As a lynchpin of Margaret Thatcher’s final Cabinet, David Waddington was at the heart of British politics at the passing of arguably the most defining government of the twentieth century. His memoirs are a testament to many years of loyal service to the Conservative Party, first as a determined constituency MP, then as a cajoling and shrewd Chief Whip, Home Secretary during the turbulent Strangeways prison riots, and finally as Leader of the Lords. These memoirs describe Lord Waddington’s varied life: from his adventurous childhood in Lancashire to an eventful stint in the army, including memorable postings to Hong Kong and Singapore, and a highly acclaimed career as a Queen’s Counsel – not to mention his time as Governor of Bermuda. Decoration, renown and public praise colour Lord Waddington’s life, but it is his humility and wry Lancastrian take on the world that impress most: a potent mix of intelligence, duty and a sense of humour courses through every page. In his Memoirs, David Waddington allows us to glimpse a period of huge importance in British political history while also making clear the roots and principles that propelled him so far.

[There is] much amusement to be had...from the memoirs of the former home secretary David Waddington. He's always presented as a dry stick, but given free reign and away from Baroness Thatcher’s gaze, he emerges as a seasoned gossip.