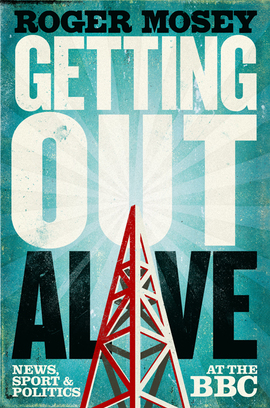 Getting Out Alive News, Sport and Politics at the BBC

Delinquent presenters, controversial executive pay-offs, the Jimmy Savile scandal… The BBC is one of the most successful broadcasters in the world, but its programme triumphs are often accompanied by management crises and high-profile resignations.

One of the most respected figures in the broadcasting industry, Roger Mosey has taken senior roles at the BBC for more than twenty years, including as editor of Radio 4’s Today programme, head of television news and director of the London 2012 Olympic coverage.

Now, in Getting Out Alive, Mosey reveals the hidden underbelly of the BBC, lifting the lid on the angry tirades from politicians and spin doctors, the swirling accusations of bias from left and right alike, and the perils of provoking Margaret Thatcher.

Along the way, this remarkable memoir charts the pleasures and pitfalls of life at the top of an organisation that is variously held up as a treasured British institution and cast down as a lumbering, out-of-control behemoth.

Engaging, candid and very funny, Getting Out Alive is a true insider account of how the BBC works, why it succeeds and where it falls down.

'Perceptive, revealing and honest, Getting Out Alive reveals what makes the BBC tick. It’s funny, too. A delight.'

'A hugely enjoyable book. Roger Mosey was a good and unflinching companion on the road to London 2012 and witnessed the Games from a unique perspective.  He is a believer in the power of sport to inspire and the importance of critical friends in enduring partnerships.'

‘[...] cast[s] a clear, often critical eye on the BBC. His memoir is engaging and intelligent, peppered with some enjoyable stories.’

'…a hugely entertaining insider’s account of life at Auntie [...] [a] candid and clear-eyed book by one of the best and the brightest of the Beeb’s recent bosses. The BBC needs more Roger Moseys.’