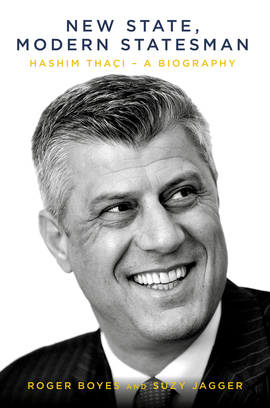 By Roger Boyes and Suzy Jagger

In a period when Western military engagement has unleashed violent sectarianism global terrorism, and become a catalyst for the biggest exodus of migrants since the Second World War, the 1999 Nato intervention in Kosovo remains a unique and shining example of a process that led to a peaceful transition from vicious ethnic war to modern democracy.

Less than twenty years ago, a young ethnic Albanian student leader called Hashim Thaçi, led a revolution against Slobodan Milosevic, the Serbian tyrant with the biggest military force in Europe, and convinced the West to bomb Belgrade out of Kosovo.

The aerial bombardment beckoned a period of unrivalled peace in the Balkans which Western leaders who sought to subsequently overturn other tyrannies in foreign lands would view with envy as a rare successful model. Nato intervention in Kosovo, led by Tony Blair and Bill Clinton, resulted in democracy and the rule of law.

By contrast, however, attempts by George W. Bush to effect regime change in Iraq and Afghanistan, and by America, Britain and France to do the same in Libya, have left lethal power vacuums filled by Islamist insurgents, and brought about the downfall of Western leaders themselves.

This book is the story of the rare success of Western military intervention and the first biography of the new President of Kosovo, the youngest country in Europe.

It is an extraordinary story, fitting more closely the complexities of the nineteenth- century Balkan revolutionary era than the twentieth. Boyes and Jagger have done future historians a service by setting out a clear rational narrative, and catching very well Thaçi’s personal charm...

Hashim Thaçi has been at the heart of the Kosovo drama which was to dominate the last year of the twentieth century. From passionate student dissident to Commander of the ragamuffin army the KLA, to Prime Minister and President of his country, his journey has been eventful and occasionally controversial. But Kosovo today remains a live issue and this frank history of a formidable leader of a small country with a big history charts not only the eventful past but a hopeful future. Thaçi saw his Balkan country pulled to the centre of NATO s post-Cold War role. But out of the limelight now, Kosovo will need all of the qualities Thaçi displayed in the past to guarantee its future.

Roger Boyes and Suzy Jagger tell the story of Europe’s newest nation with scrupulous care, as can be expected from experienced and respected foreign affairs reporters … For students who want a page-turning account of the south-east corner of Europe that has produced so much violence and hate since the end of the Cold War, this book is a highly readable introduction.

Mossad
We Are Arrested
Labour And The Gulag
Pumpkinflowers