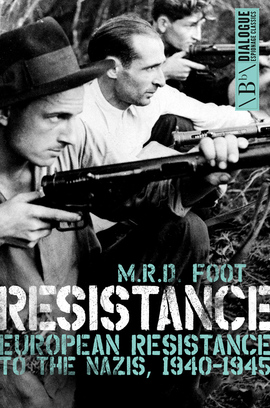 Resistance European Resistance to the Nazis, 1940—1945

“If you who read this can say, I am not under fire; I am not under torture; I am not on the run; if I hear a noise at six in the morning, I know it is a neighbour or a milkman, not the secret police; no one in my country is arrested and held without prompt charge and trial … then you owe it, in a larger degree than most historians have so far allowed, to the resistance that occupied Europe put up to Hitler.”

An instant classic upon its initial publication in 1976, this fluent and persuasive book was the first to analyse the whole field of wartime resistance to the Nazis in Europe, to explain what resisters could and could not do, and to assess whether they achieved their aims. It is a truly epic theme, with its drama of intelligence, deception, escape and subversion. In gathering the threads of this important narrative into the fabric of a single volume, M. R. D. Foot, one of the most distinguished historians of his time, achieved a work of gripping and major significance.

“No book in 1976 has given me more satisfaction or taught me more about man.”