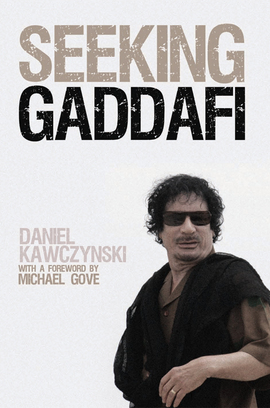 Colonel Muammar Abu Minyar al-Gaddafi is one of the most divisive figures in modern global relations. The self-proclaimed ideological leader of Arab nationalism and proponent of Islamic Socialism, Gaddafi has, for four decades, been absolute ruler of Libya, a country where basic civil liberties are virtually nonexistent, and opposition not tolerated.

Seemingly erratic and entirely unpredictable, Gaddafi has been at loggerheads with the West for much of his reign, implicated in subversion and terrorist activities throughout the Arab world and beyond, and regarded as a patron and financier of international terrorism. In the unedifying history of Anglo-Libyan relations, the 1984 killing of police constable Yvonne Fletcher outside the Libyan Embassy in London and the bombing in 1988 of Pan Am Flight 103 have certainly not helped matters. Of late, however, Gaddafi has sought a more open relationship with the countries of the West, admitting responsibility for Lockerbie, and touring Europe with his troop of female bodyguards; receiving world leaders in his famous tent and apparently seeking easier trade and diplomatic relations. Most recently he has engaged in talks about potential compensation for victims of the IRA, whose weapons Libya supplied (this, following the controversial release of convicted Lockerbie bomber Abdul Baset Ali al-Megrahi).

In this candid, fascinating book Daniel Kawzcynski examines the persona and career of one of the world s most enigmatic and bizarre leaders.