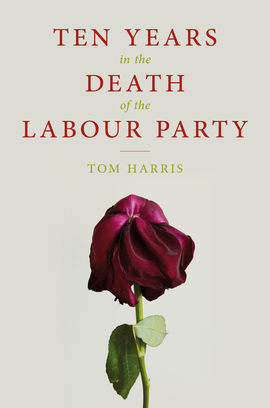 Ten Years In The Death Of The Labour Party

For the first eighteen months of Jeremy Corbyn’s leadership, Labour MPs were in open revolt. Labour seemed to be returning to the early1980s, when old-school Marxists tried to seize control of the party, at an appalling electoral cost.

So when Theresa May called a snap election, it seemed that time was finally up for Labour – voters would consign it to the history books. Yet on 8 June 2017, it was the Conservatives who were left with egg on their faces.

But how long can the uneasy peace between moderate, anti-Corbyn MPs and the leader’s loyal grassroots activists last? Does Corbyn’s ‘victory’ give cause for celebration? Or is the Labour Party, as generations of voters have known it, finally coming to an end?

From Gordon Brown’s momentous decision not to call an election in 2007 and Ed Miliband’s crushing defeat in 2015 to the continued rise of Corbynmania, ex-Labour MP Tom Harris examines the seismic events in Labour’s recent history and the decisions that have shaped its fortunes.

Momentum, or mainstream, love or hate the Labour Party, read this book if you want to understand why and how Labour under Jeremy Corbyn could win the next general election – and what could happen next. Tom Harris’s book is thoughtful, lucid and entertaining; a must-read not just for political aficionados, but for everyone with a care for Britain’s future.

An authoritative and convincing account of an extraordinary decade and of how multiple failures to heal internal wounds began on a single fateful day. This book will be important reading for everyone who wants to understand why British politics has changed so dramatically.