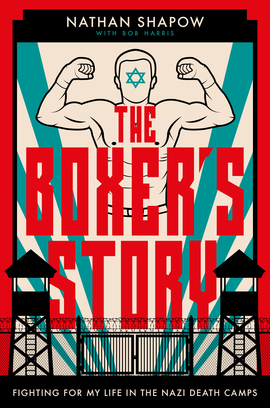 Before 1940, Nathan Shapow, a young Latvian, had nothing more on his mind than enjoying his teenage years and becoming a champion boxer. But the Nazis’ systematic extermination of the Jews quickly put paid to his dreams. Soon he was to face a different sort of fight, where the prize for victory would be his life.

Escaping certain death time and time again, Shapow saw his youth disappear in the terror of the Ghettos and the horror of the camps. Fighting for his very existence for the simple reason of being Jewish, remarkably, he survived, fell in love and forged a new life in what was then British-controlled Palestine. There, he joined an underground military organisation and quickly became involved in the struggle to create a Jewish state.

Extraordinary and powerful, The Boxer’s Story is the inspiring true story of one man’s enduring fortitude.

A true story which reads more like gripping fiction!

“The remarkable story of a young Latvian forced to box for his life in a concentration camp who ended up fighting for the Jewish state.”