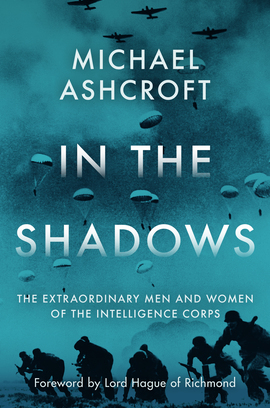 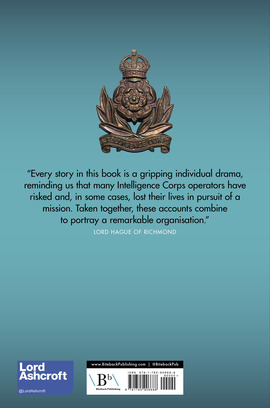 With a Foreword by Lord Hague of Richmond

The Intelligence Corps is one of the smallest and most secretive elements of the British Army. It has existed in various guises since the early twentieth century, but it was only formally constituted in July 1940. In this book, Michael Ashcroft tells the astonishing stories of some of its most courageous and ingenious figures, who have operated all over the world from the First World War to the present day.

Whether carrying out surveillance work on the street, monitoring and analysing communications, working on overseas stakeouts, receiving classified information from a well-placed contact or interrogating the enemy in the heat of war, a hugely diverse range of people have served in the Corps, often supplementing their individual professional skills with original thinking and leadership in the name of the Crown. This book pays tribute to them and shows why, in the words of the 1st Duke of Marlborough, ‘No war can be conducted successfully without early and good intelligence.’

“Lord Ashcroft’s book gives us a fascinating insight into the history of intelligence leading to the establishment of the Intelligence Corps and brings their work alive by focusing on the background and daring exploits of individual Intelligence Corps soldiers.”

“Ashcroft uses the recollections and experiences of those who have served to create a gripping, revealing and relentlessly tense, though accessible, exploration of this most vital unsung secret Intelligence Corps. Read it, and thank these extraordinary selfless people.”